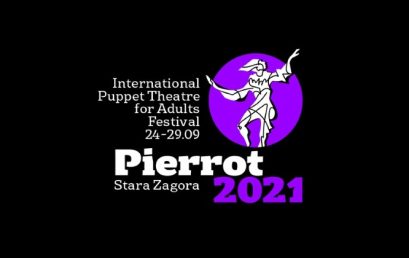 A month after Prof. Bonyo Lungov received the prize for an outstanding contribution to the thirty years development of the Youth Theater – Skopje, North Macedonia, he received recognition by the International Puppet Theater Festival for Adults “Piero”.

The professional guild decided that the “Award for the overall contribution to the development of puppetry”, granted by the 11th edition of the Festival, is given to Prof. Lungov.

Prof. Lungov is a lecturer at NATFA program “Puppet Theater Acting” since many years. As an outstanding puppet theatre director, he is well known for his pedagogical work and theatre production work not only in Bulgaria, but also in North Macedonia, Greece, Serbia, Bosnia and Herzegovina, Montenegro, Germany, France and other countries.