STUDY IN BULGARIA, CONQUER THE WORLD! 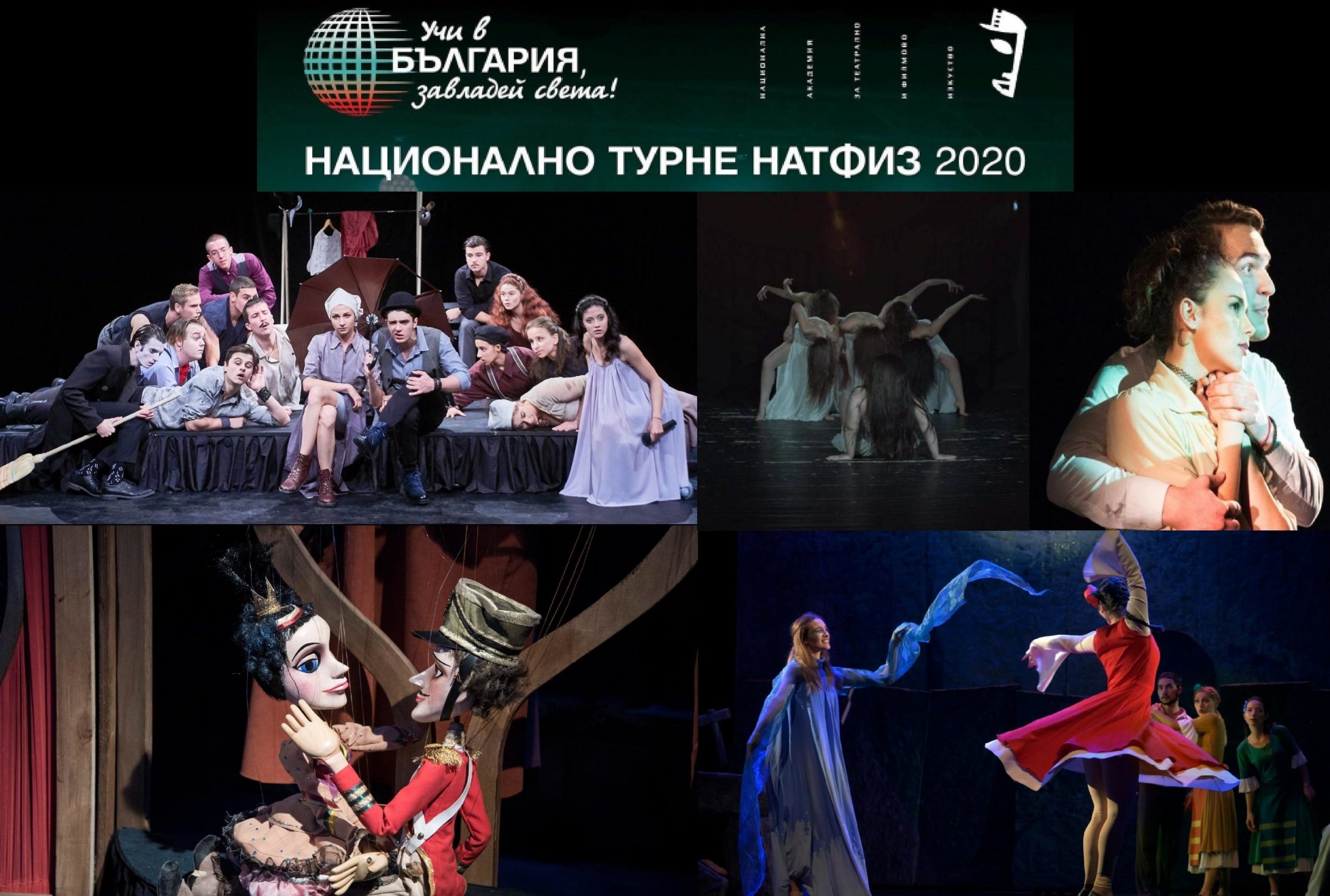 “Study in Bulgaria, conquer the world!” is a preventive campaign of NATFA against the intellectual emigration of young Bulgarians. Our main goal is to acquaint the new generation with the modern alternatives of the Bulgarian higher education, which offers opportunities for conscious and informed professional choices. Our campaign is based on an active partnership with government agencies, educational institutions and active involvement of communities across the country.

36 of the cities in Bulgaria took part in the four editions of the campaign, which turned the initiative into a national one. Due to the social constraints imposed by Covid-19 pandemic, we could not hold the latest edition of “Study in Bulgaria, Conquer the World!” at the planned scale.

“SCHOOL OF VISION” at NATFA 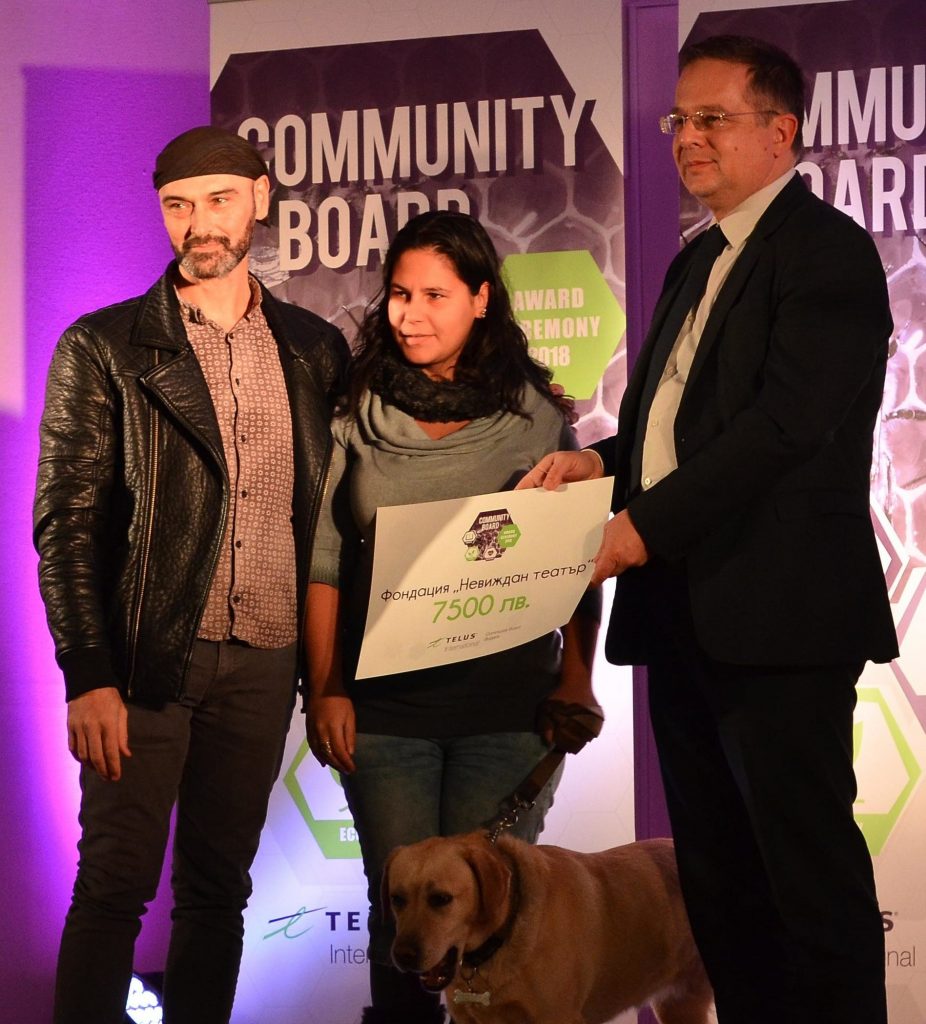 “School of Vision at NATFA” is a result of the cooperation between the Academy and the “Unseen Theater“.

This conceptual project relies on the conscious interaction between sighted and blind (actors), in which each country receives an additional viewpoint as an “alternative view” of oneselve and as “different eyes” for observing the world around us and the life we ​​live in. Students from the academic programmes “Acting for Drama Theater” (link) and “Theater of Movement – Pantomime” (link) of NATFA and the actors from “Unseen Theater” held a series of workshops in the field of “Mask Theater” and specialized training “In the Dark” ”. 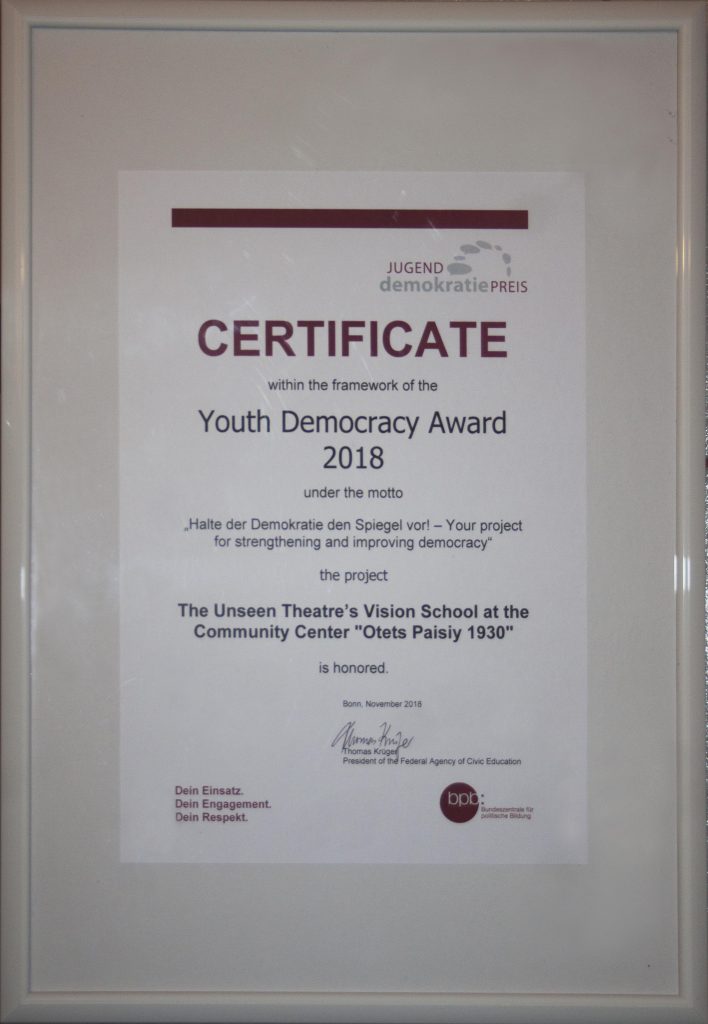 Prof. Dr. Velimir Velev  was awarded a prize by the Governmental Federal Agency for Civic Education of Germany in 2018 for his project “School of Sight “at the Unseen Theater.

“This is an example of an exceptional project that I have admired from the very beginning. I love the combination of theater and empowerment, which I think is a great way to deal with some of the obstacles that our society faces. You are doing something great that deserves to be heard and seen. That is why we have chosen you and your project as an honorary finalist of this year’s Youth Democracy Award.” –  Stephanie Roprich, member of the international jury

“School of Vision” at NEVIZDAN THEATER with an award from the Youth Democracy Award 2018, Bonn, Germany