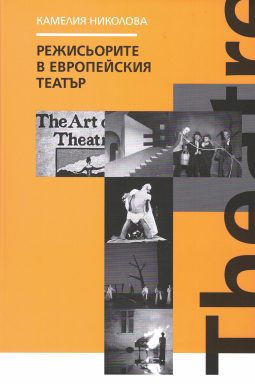 The new book of Prof. Dr. Kamelia Nikolova, “Directors in European Theater”, studies the development of the theatre director from the 70s of the XIX century to the present day.

The book analyzes the historical conditions and aesthetic reasons for its formation, and then chronologically traces its manifestations and transformations in the main periods of modern European culture. Each period is represented by the defining theatrical ideas, directors’ names and their emblematic performances and staging concepts.

This book is the first history of European modern theater, written by a Bulgarian author, in Bulgarian language. Prof. Nikolova is a leading specialist in the field of European theater history and European theater development. The book targets theatre professionals, academia and students in the field of theater and cinema, as well as specialists in cultural studies, humanities and contemporary arts and culture. 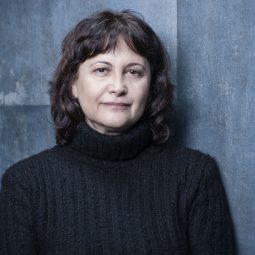 Prof. Dr. Kamelia Nikolova is a professor of history of the European theater at NATFA, professor of theater studies and Bulgarian theater at the Institute for the Study of Arts at the Bulgarian Academy of Sciences, and a guest lecturer at the National Academy of Arts, New Bulgarian University, as well as foreign universities. He is the author of ten books, including The Other Name of the Modern Theater. The Director (1995), Expressionist Theater and the Body Language (2000), Modern European Drama at the National Theater between the Two World Wars (2004), History of the Bulgarian Theater. Vol.4 ”(2011, with other authors), The Bulgarian Theater after 1989 and the New British Drama (2013, 2018), Theater at the Beginning of the XXI Century ”(2015). She is also an author of numerous studies, research work and articles in Bulgarian and international renowned publications. Her texts have been published in more than ten languages.

International Entrepreneurship in the Arts: From Helsinki to Singapore